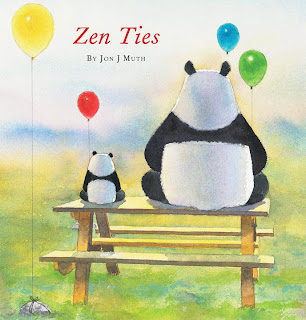 Reaction/ How I Would Use this Book:

I thought this book was wonderful on two parts. In the beginning Stillwater tells Koo that they will not be throwing away the cups because he did not want to waste it. I feel like this is a great way to teach students how we should learn to conserve certain things and try not to waste, if we can help it. You can definitely stem a lesson integrating Science into it, i.e. talk about recycling. Even though the message it was sending wasn't the overarching theme in the story, I still felt it was an important theme to touch on. At the same time I felt this message could also be viewed in through a Social Studies lens, looking at the generational ties between Stillwater and Koo, why was Stillwater so keen on saving the cup?
The overarching message I felt this book was trying to convey was the importance of friendship and the ties we have to one another. Even though Miss Whitaker was resistance at first, Stillwater and the children did not give, only to realize that Michael and Miss Whitaker were able to connect on another level. Zen Ties also portrays giving back and helping others, whether it be a neighbor or a friend or doing something simple such conserving. It teaches students not to give up and have patience, even if something may appear to be resistant at first. I strongly believe this is an important theme that can be discussed in all classrooms, across all grades. It would be a great resource to use when talking about creating a community within the classroom and look at differences students have. It's also a wonderful way for students to connect with their community, and think of ways to help others.

Elements of Social Justice: 1) Self-love and Acceptance- Just like there is a generational tie between Stillwater and Koo, student's will learn to understand what connects them to their heritage and their family, and accept their own unique qualities. 2) Respect for others: Student's will learn that other cultures and community value different things. For instance, Stillwater did not want to throw out the cups because he did not want to waste them. Koo at first did not understand why, but after his Stillwater explained why he did not want to throw them away, he was able to see through his uncle's eyes. 3) Exploring Issues of Social Justice: student's will investigate the different cultures in the classroom and their community and look at what is thought to be valuable. In addition, students will explore the different aspects of ageism and how the community responds to it. 4) Social Movements and Social Change: students will learn about how they can give back to the community and provide opportunities for those who are unable to assist themselves. 5) Taking Social Change: Student's will participate in a community organized event that will allow them to contribute a talent they may have, and share it with someone, i.e. going to a nursing home and reading a story.
Posted by Rachel Mogavero