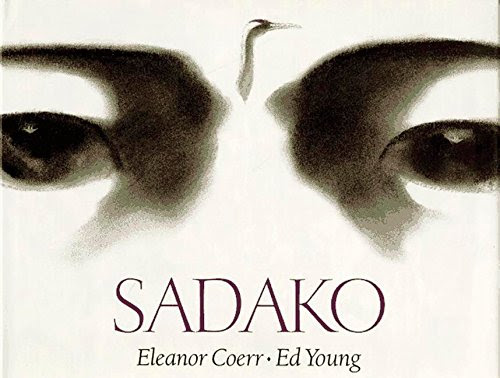 Sadako, by Eleanor Coer, is about a young Japanese girl diagnosed with leukemia because of the dropping of the atomic bomb. Sadako is told that if she folds 1000 paper cranes, the gods will make her well again. Sadako dies before folding 1000 cranes, but her friends finish folding the rest so that she could be buried with them. After her death, a statue dedicated to peace was created in her honor.

When students read Sadako's story and the ways in which the dropping of the atomic bomb adversely affected her, they will be able to connect to a child from across the world, someone from another place and culture. They will learn to show compassion towards people of all races and cultures. I would use this book to begin discussions about war, specifically World War II. The book teaches students that war affects people long after it has ended. It also teaches them that war harms real people and that many of them are children.

In terms of social justice, this book relates to levels 2 and 4. It teaches them to respect other cultures and explores issues of war.
Posted by Rachel Mogavero

Email ThisBlogThis!Share to TwitterShare to FacebookShare to Pinterest
Labels: Element 2: Respect for Others, Element 4: Social Movements and Social Change