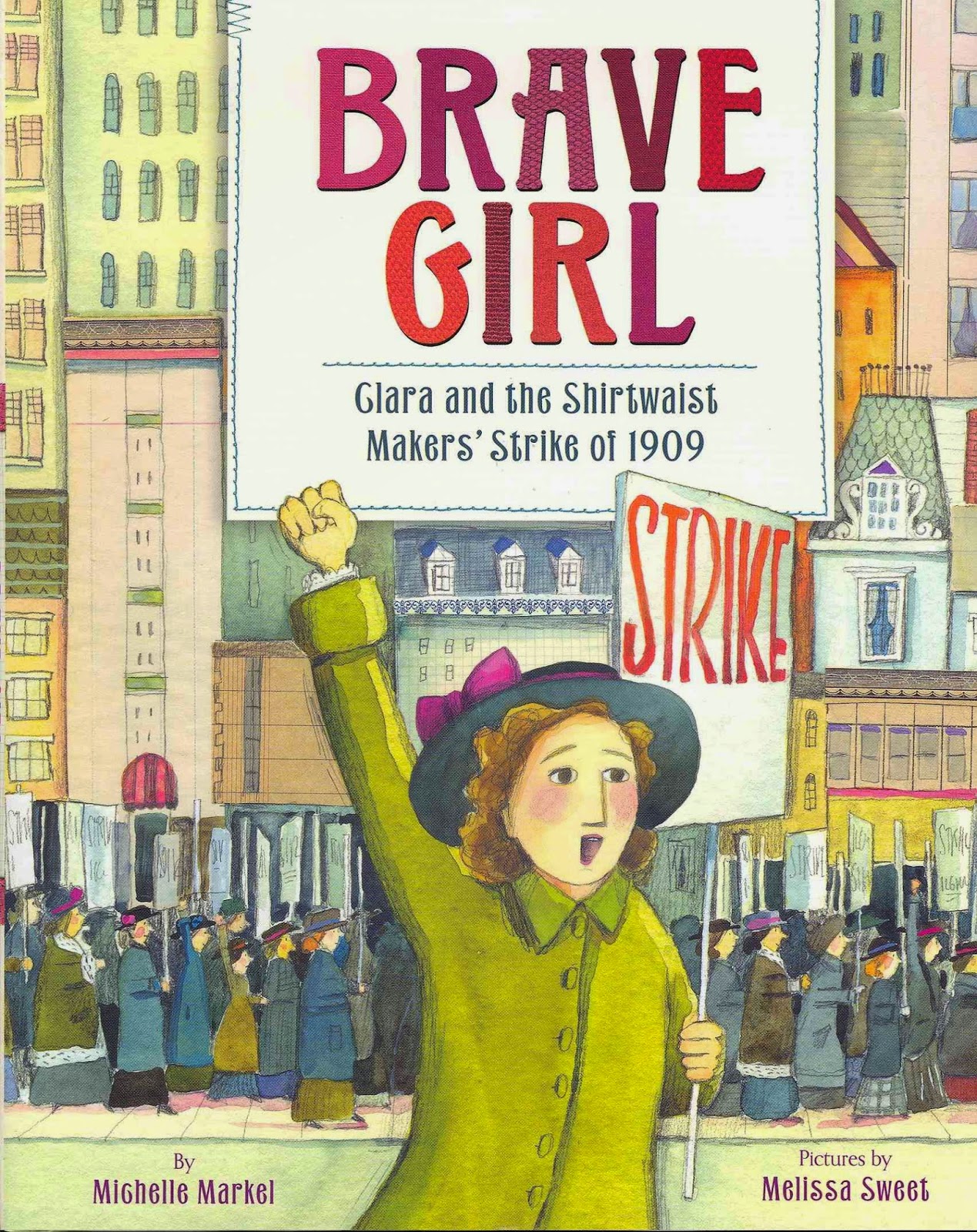 Brave Girl: Clara and the Shirtwaist Makers’ Strike of 1909 is the true story of Clara Limlich, a young girl, who immigrated to New York City with her family.  Businesses would not hire Clara’s father, however they were hiring thousands of young immigrant girls to make a few dollars making garments.  Instead of going to school Clara worked to support her family.  The young girls were overworked, underpaid and locked indoors while they worked.  Clara was angry with the way the factory treated the factory girls, they worked like slaves and this was not the America she had imagined.  Clara started striking and urged other girls to strike along with her.  She withstood beatings, was arrested 17 times and had 6 of her ribs broken.  Clara hid the bruises from her parents and continued to strike!  Clara intervened the meeting with her own speech and encouraged hundreds of young immigrant workers to join her in the largest walkout of women workers in U.S. history.  The factory girls army marched for months, all winter long.  By the time the strike was over, hundreds of bosses agree to let their staff form unions.  Clara’s strikes encouraged girls from other cities to stand up and do the same.

Clara Lemlich is a great role model for young women.  She herself, was a young girl who stood up for the rights of women and children at the same time.  It represents courage in the face of danger and a move towards social change within the field of women in the workplace.  Clara not only changed the lives of young immigrant girls, she changed the rules for everyone who works now.  As Michelle states in the excerpt at the end of the book, “today’s workers have five-day workweeks, overtime pay, and other protections due in great part to labor leaders like Clara Lemlich and the thousands of brave girls who picketed in the winter of 1909.”

Have the children think of something in the world they think is unfair.  Write down the students ideas on the board and have the children vote on the one they want to choose to create their own protest signs to strike against.  These signs, along with a brief explanation of what they are protesting.  These would be great when displayed outside for all to see and raise awareness about.

Bring it to the classroom: