The Boy with Pink Hair 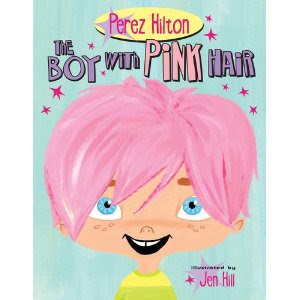 Element 2: The Boy with the Pink Hair relates to element two because it shows the other students that no matter what the little boy looks like he is no different than the rest of them. Specifically, the one little boy who was very mean to the boy with pink hair learns to respect him and they become friends.

Activity: A teacher can use this book to bring the students' attention to bullying and explain that it is okay to be different and it is important to respect one another. Also, after having a meaningful discussion like that, the teacher can have the children create some type of pink food on their own just like the boy with pink hair did in the story. For example, with parents permission of course, children could work together to make pink cupcakes or pink ice cream!
Posted by Lauren