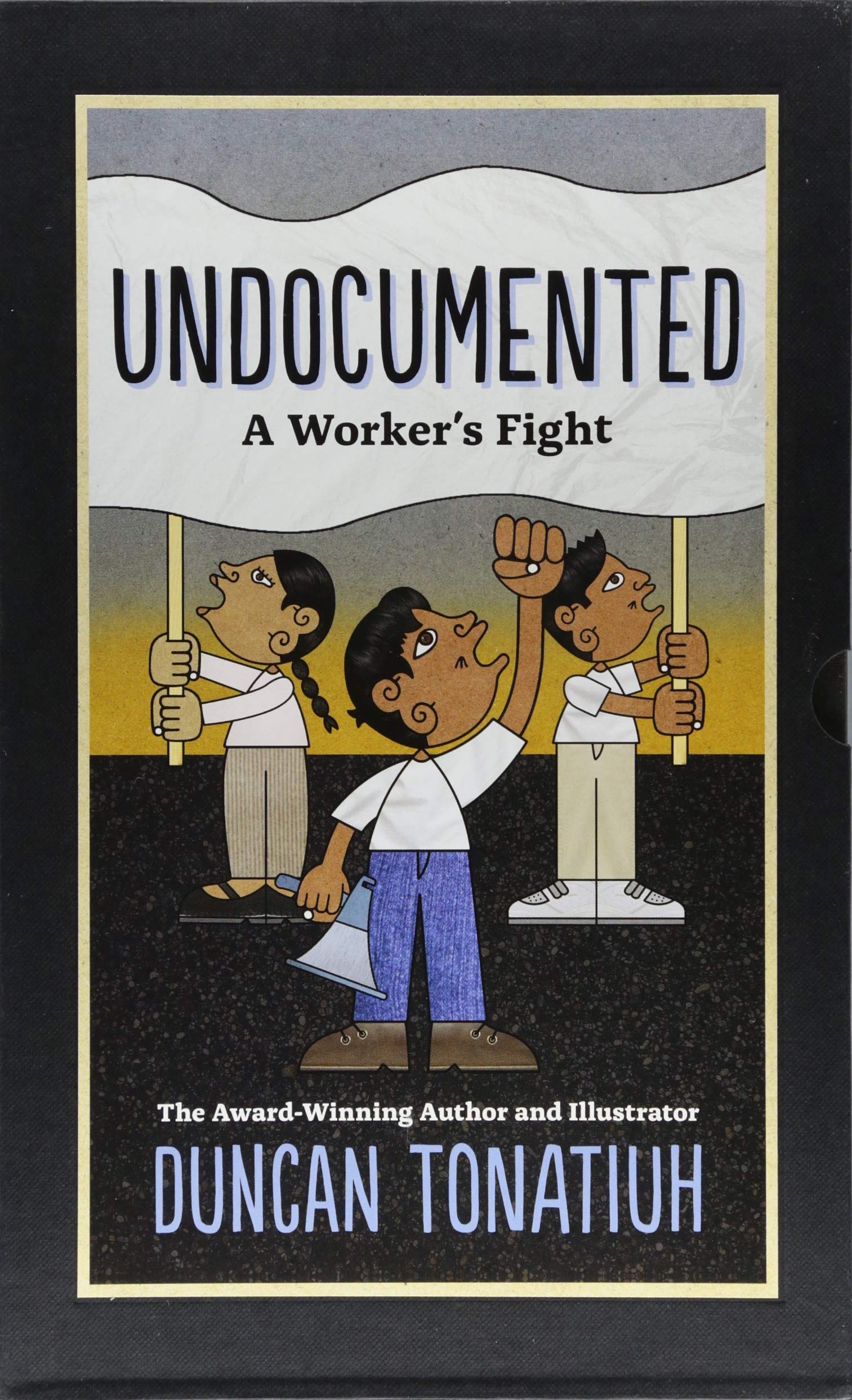 Undocumented: A Worker’s Fight begins, “You don’t know our names but you’ve
seen us. In this country we build houses, we harvest crops, we cook, we clean
and we raise children. Some people want to kick us out and some act like we don’t
exist, but we are here companeros”.

Duncan Tonatiuh uses both Spanish and English tell the story of undocumented
workers in the United States. Undocumented centers on a man who identifies as
Mixtec (indigenous people of the western region of Mexico) who immigrated to the
United States. The text directly addresses oppressive and racist systems in the US
by featuring military border control, police brutality, discrimination and abuse of un-
documented workers, poverty and wage disparity. The book also centers on acts
of resistance, cultural pride and protest. Tonatiuh's book opens the door for student
conversations about the experiences of undocumented individuals in the US and
unjust and racist policies and social structures. In connection to element six which
focuses on social action, this book could inspire student plans to protest the unfair
treatment of undocumented individuals or alternatively to support organizations that
work to protect undocumented individual's rights.

Every page of Undocumented could inspire a social justice themed lesson but the
structure of the book itself also holds deep cultural significance. The design of the
book is similar to a Mixtec Codex ( a text format used before the colonization and
conquest of Mixtec people. The book’s design itself centers Mixtec culture by using
the format of a cultural artifact rather than traditional western format. Reading about
the history of Mixtec writing and reflect on why the author choose to structure his
book like a Mixtec Codex could be an excellent class activity.