Gandhi: A March to the Sea 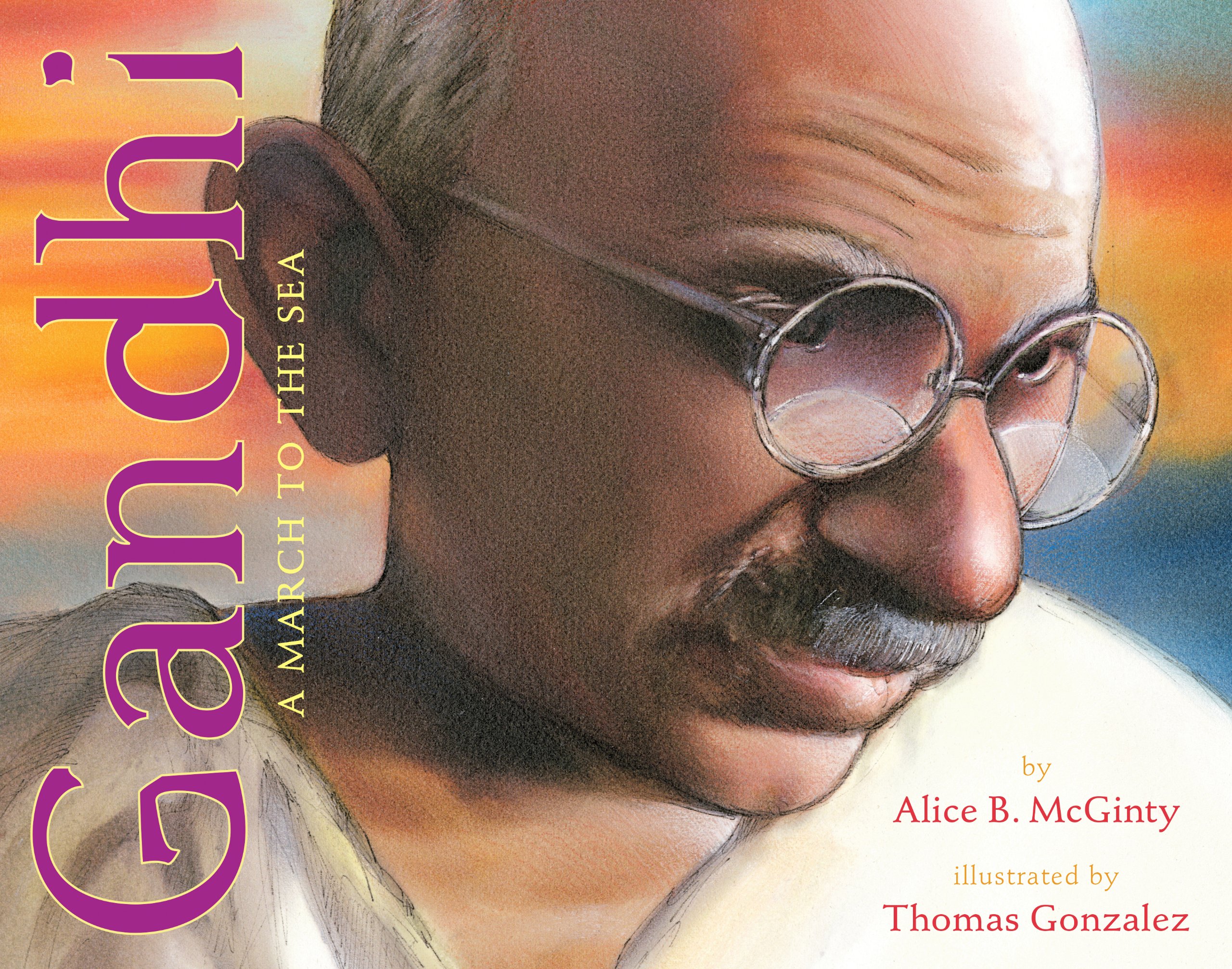 Author: Alice B. McGinty
Illustrator: Thomas Gonzalez
Grade Level: 6-8
Summary: In this book, it explores Gandhis 24 day march from March 12 to April 5, 1930. It explains the reason as to why Gandhi led the revolution such as high taxes and unfair trade. It shows how he peacefully managed to lead people who had hope of a better future and life into freedom. The book is a fairly short read and leaves the reader to focus mainly on illustrations. It explains how he taught Indian natives how to sew their own garments instead of having to buy from the British as well. It also shows how he managed to unite people of all backgrounds and religions to come to the same victory of true independence for unfairness. At the end of the book it also shows maps and deeper explanations to the things discussed in the book.
Element 4: Social Movements and Social Change
This book directly relates to this element because it shows how an "everyday person" was able to transform the lives of a nation to the better living that they deserve. It also shows how small changes and the voice of one can lead to a worldwide movement agains unfairness and inequality. This books shows this through peaceful protests and unity.
Activity:
I think that a mini play/skit would go great with this book. Students would be able to act out citizens having issues with laws and unfairness (such as tax on salt and clothes) and how they are desperate for change. Students would also be able to show Gandhi's frustration yet peaceful lead. Students can also act out the march, the pushback from the government, and peoples doubts. I think that there is enough roles in this book alone for an entire class!
Buy the book here!
Posted by Unknown