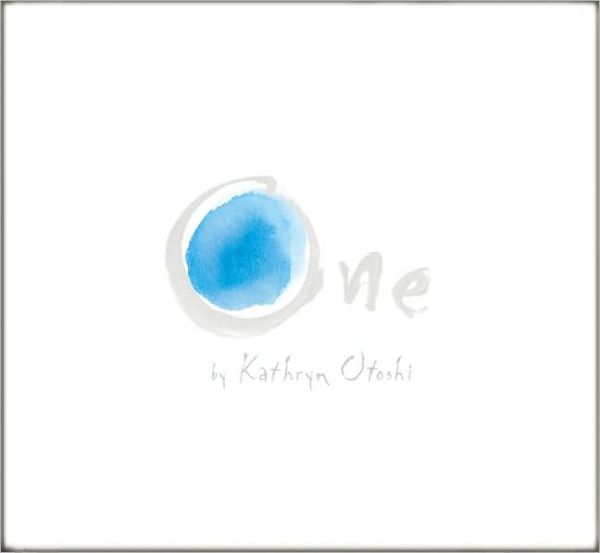 Summary
Kathryn Otoshi’s One is about a community of color palettes, each with one’s own identity. However, one color, Red, seemed to like to pick on another color, Blue. Although all colors were aware of Blue’s nice nature, they were also aware of Red’s mean attitude towards Blue. However, no one stood up to Red. Red’s bad attitude, or meanness, eventually made Red bigger, making all other colors fear Red even more. This made everyone feel like Blue. At this point, One appeared. Not only was One different in appearance, but so was One’s attitude towards Red. One stood up to Red, which better enabled all the other colors to stand up to Red. After all, every color counts, and slowly, every other color started turning into numbers except Red. As everyone turned into numbers, Red started to feel left out, then angry, which made Red even bigger. After getting so big, Red tries to run over Blue, but everyone stood up against Red. Blue realizes that Red may have been feeling like Blue, so Blue tries to bring Red back to the group and succeeds with One’s help. After all, “Everyone counts!” (Otoshi, 2008).

Element 5: Raising Awareness
Element 5, or raising awareness, is seen in Kathryn Otoshi’s One. Element 5, or raising awareness, can be described as one character raising others’ awareness. In One, One is raising awareness to an injustice that was common to the color palettes’ current system, which is Red’s bullying. No other color liked Red’s bullying, but no one was brave enough to stand up to Red so no one did. When One appeared, One stood up to Red’s bullying. One was successful in showing others that standing up to Red was possible, therefore raising all other color palettes’ awareness. When all the colors realized that they, too, have the ability to stand up to Red, they started turning into numbers, except Red. However, this made Red feel left out, and tried to roll over Blue, the color most often bullied. This is when everyone stood up to Red. Yet, this still leaves Red’s feelings unresolved. Blue initiates confrontation with Red, trying to find some sort of mutual ground; One supports Blue’s actions and helped Red realize that everyone counts and should be treated as though they do count and matter within a group or community.

Activity in Class
Kathryn Otoshi’s One is a simple story that touches upon important and relevant matters. In the classroom, Otoshi’s One can better help students reflect deeply on their own experiences regarding bullying, standing up for one’s self, and community. Issues regarding bullying, standing up for one’s self, and community should be reflected upon and thought about with a critical eye: What made them issues? Who was affected? How were they affected? Resolutions, if any, should also be reflected upon with a critical eye. If there were resolutions, students should rethink the resolution and see if it served justice for all or just certain few and if the resolution truly solved the problem. If there were no resolutions, then students should think of a plausible resolution for the everyone’s sake upon conflict reflected.  Students should consider the depth of the issue, who the issue might affect, and if the solution will “fix” the problem or cause a bigger strain. Using Otoshi’s One and what students have reflected upon regarding bullying, standing up for one’s self, and community, teachers may easily incorporate this story and these reflections to social issues and injustices from the past to act upon the present and perhaps, strive for a better future.