A Picture Book of Harriet Tubman 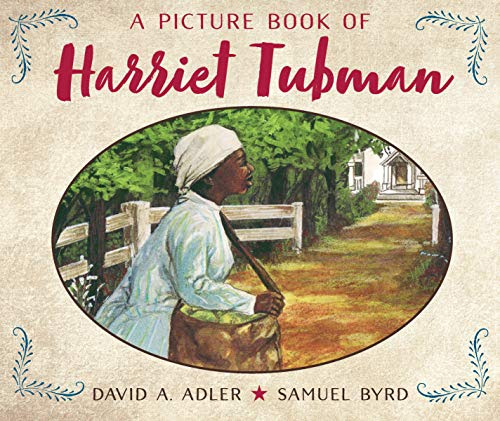 
Summary:
A Picture Book of Harriet Tubman describes the journey Harriet Tubman went through to later be known as a "Moses" to her people. Along with her parents, Harriet Tubman was a slave owned by Edward Brodas. She repeatedly suffered from harsh punishments and was afraid one day she would be sold to a plantation further south. Harriet knew she had the right to liberty or death and decided to escape one night. With the help of a white woman who had previously offered her help, Harriet was able to hide out in several homes farther north. Harriet's journey to escape was known as the Underground Railroad. Harriet Tubman became a free woman and started earning money to lead hundreds of slaves to freedom. She led them as far away from the south as she could and became a "conductor" on the Underground Railroad. In 1911, Harriet established a home in Auburn for sick and homeless black people. Harriet Tubman died on March 10, 1913 as a brave and admired woman.

Social Justice Element:
A Picture Book of Harriet Tubman is an excellent book for teachers to teach their students about social justice. Harriet Tubman was a slave that fought for her freedom. She knew she had the same rights as every individual whether they were black or white. Harriet Tubman helped many slaves escape from slavery and became one of the bravest people in America. She survived slavery because of her strong-will to make a change. Harriet Tubman is an excellent role model for students to learn about because she sends a message out through her struggles and journey that everyone has the ability to fight for what they believe is right. People can make a difference in society by uniting and working together.

Activities:
As a future teacher, I could use this book to introduce the discussion on slavery to my students. Introducing ordinary people, such as Harriet Tubman, will enable my students to recognize the changes an individual can make. Students can explore other individuals that contributed to the Civil Rights Movement. In groups, students can pick a person that fought for the rights of African Americans and each week one group can lead a discussion on that person. This book serves as an excellent introduction to how the Civil Rights Movement started.